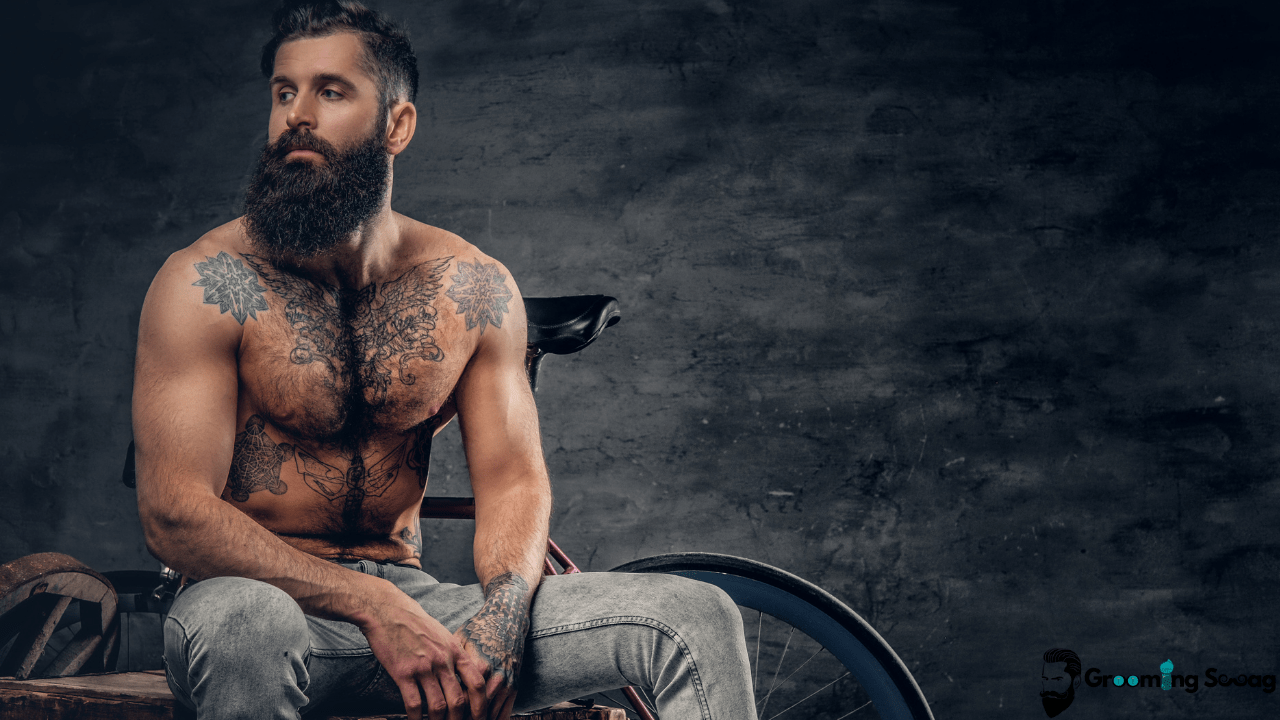 Are you still on the fence about starting to grow facial hair? Well, according to a recent study, men with beards are more attractive than their clean-shaven counterparts.

The study found that women rated bearded men as better potential fathers and they were seen as less likely to cheat too. Still, not everyone, at least within my social circles, is convinced of the findings, which stem from an online survey of people in New Zealand.

It also got me to think of what most would consider as pogonophiles and I wanted to put together this post to further delve deep into What being a pogonophile might mean to you and everyone else.

The word pogonophile alone for anyone who may be seeing it for the first time may freak out and have so many questions like what the hell does that mean? Well, Pogonophile is a new slang word (don’t know if it’s safe to say that) and it’s all about the love of beard.

Which takes us to the second question: why would someone love facial hair? Eyelashes protect eyes from dust, we taste food with the mouth now we are talking about a beard. Something that cannot even add the amount of blood in our body system. Why would something like that trend a lot?

Men with beards are sexy, rugged, and manly. They may not be in style right now but will always have their place in the heart of many women. Bearded men can range from patchy to bushy depending on what they’re looking for. It seems that a lot of people think that a beard is unattractive because it’s unkempt or dirty. However, if you look closely at this growing trend, more and more brands are launching beard care products and publishing guides that share how facial hair can be groomed just like your hair!

Let’s take a look at the history of beard and stories I’ve heard and read about beards. There are studies and beliefs that beards can be a home to bacteria and on the other hand, it is credited for having the ability to reduce cancer (I’m not sure how true this is I just know beards are really cool).

The History of Beards

If you have a beard well, this may inspire you, and for those that do not have a beard let’s see if we will come across some tips in the history of beards.

The epic history of grooming beards goes way, way back. In prehistoric times, the people really needed the beard as it provided warmth and offered protection as it shielded the face. Prehistoric men felt that beards carried much weight and brought people to fear them as they looked intimidating (some men still look intimidating with it).

A friend told me a story of how persona people took beards back in the middle ages (not that I have a friend from the middle ages though) that touching another man’s beard was absolutely disrespectful, and could even be grounds for a duel. Well, none much has changed if someone touches my beard not in a romantic way, it can end badly as well.

Beards were sacred and they symbolized strength people who had beards were respected, wealthy, and feared. Beards have always been a big deal.

Coming back to the present time, men are spicing up beards and bringing the beard back in all kinds of fashion and style. The beard is not just for the ancient caveman or like those moments anyone who had it was suspected to be homeless. Men are now winning hearts having females throw themselves at their feet just because they have the ability to grow facial hair and also take really good care of it.

For some reason, I am yet to find out bearded men are more respected and they look older than the other men I’m not going to mention here. Most females will rather be with a man with a beard (maybe it’s all because of the trend of beards or it could be that bearded men always get the girl). It could be that they find bearded men irresistible.

Let’s start with something that has to do with health, a beard here comes in as a filter. Preventing things like dust, smoke, or any other things that may trigger anything that is a danger to the lungs.

This may depend on the density of your beard for those with a long beard it protects your skin from the sun’s damaging rays. And in cold weather, both people with long and short beards enjoy the warmth the beard brings.

When a beard is really being taken good care of it makes you look powerful and attractive. That said if you plan to keep a beard you really need to up your game because good looks do not just come out that easily. You invest in your time and efforts.

Most of the time our skin is exposed to a lot of harmful things a beard offers safety to the skin as it hinders it from anything that may scratch or harm it. and since the skin is not that much exposed or coming in contact with a shaver it remains soft under the beard.

I asked a friend who envies a beard, I asked what would be his major purpose or reason to have a beard. He said it makes a person look more manly. It is almost impossible not to trust a person with a beard, it comes with magical powers where people assume one is mature, and with a beard, a person looks more confident. Perhaps the reason women prefer men with beards.

Tips of Maintaining a Beard

Beards come with so many benefits and you may end up being the one who gets the girl but growing a beard is not always easy. And if your beard is not properly cared for, you end up looking like a homeless person. A beard can be so unattractive if it is not being properly treated.

Beards do not grow overnight they require patience and time it may take a month even more; it all depends on how fast your hair grows. So in the meantime, as you wait for it to grow, it teaches you patience.

Just like any other thing in the world requires time, effort, and investment beards are not so different. For you to look good you need to get Shampoo, moisturizers, hair oil. Things that will feed and nurture your beard.

You do this by moisturizing your face, it’s important to moisturize the skin beneath your beard. If the skin is not moisturized enough it cracks.

There are diets that you can have that will nourish your hair and body, vitamins are ideal as well. Eat right and get some rest.

The more your beard grows you can then have an idea of how you can trim and shape it. If you have a partner ask for suggestions on which look will be nice, family and friends can also throw in their suggestions.

How often should I go to the barbers?

Depending upon how quickly your hair grows and your financial situation, every 2-3 weeks is recommended as it helps keep you looking tidy and hygienic. Whether that be your hair or your beard, you can ask the barber to do both in the same visit. Make sure to be vocal about what you want with your barber, if you are unhappy with something, let the barber know.

Should I use a cutthroat razor or a safety razor?

A cutthroat razor is strongly meant for those who know what they are doing and not for inexperienced people. A cutthroat razor is a very dangerous tool that does more damage than good. If you are looking for a sharp line, then cutthroat is the tool for the job but is only meant for people who know what they are doing. A safety razor is a safer alternative to the cutthroat and can be used by anyone without dangerous consequences. Below are some of the ones that I have personally used and have found to be the sharpest with little to no irritation and ingrown hairs.

Why should I use a beard and mustache wax instead of normal hair wax?

Normal hair wax is meant for the hair as the hair on the scalp is different compared to the hair on the cheeks, chin, and necks. The ingredients are also the differentiating factor between the two, beard and mustache wax is mostly based on essential oils whereas, hair wax is more synthetic ingredients. The wax that is specifically designed for the beard has a thicker consistency and has a medium to low hold whereas, the wax that is specifically designed for the hair on the scalp has a thinner consistency but a medium to high hold. The skin on each area also reacts differently to the ingredients in each product as they are both designed to performed different things. Below are some of the Beard and Hair waxs that I have tested on my hair and found them to be gentle and contain 100% natural ingredients.

Ages down the line it still shows that a beard carries more weight and has its own special power. Whether you are doing it for yourself to look more manly, more attractive or just growing it because you were given the grace to grow a beard at the end of the day it’s all about the way you’re taking care of your beard.

link to How CeraVe Can Help Transform Your Skin?

Are you looking for a way to transform your skin and give it the nourishment it needs? Look no further than CeraVe, an innovative skincare brand that has been helping people achieve healthier, more...

Continue Reading
link to Unlock the Secret to Radiant Skin: The Benefits of Using CeraVe

Let's face it - we all want to have healthy and radiant skin. But with so many products on the market, how can you tell which one will give you the best results? Well, look no further than...